First the night. Lots of rain, most of which I slept through, and apparently I missed a large herd of deer coming down to the river on the opposite bank. Beggar. Anyway, after the rain passed by the skies cleared and the temperature plummeted. I woke to have a pee to find the grass covered with frozen rain.

I had just got back in my lovely warm bag when I remembered that the water filter was out side, and freezing them is fatal to their innards, so up a gain on a quick rescue mission. Hopefully in time.

Come the real morning the tent was covered in ice, inside the condensation had frozen to the walls and ceiling. But at least the sun came up and it was a nice morning. Here is our campsite and the last tent being taken down. 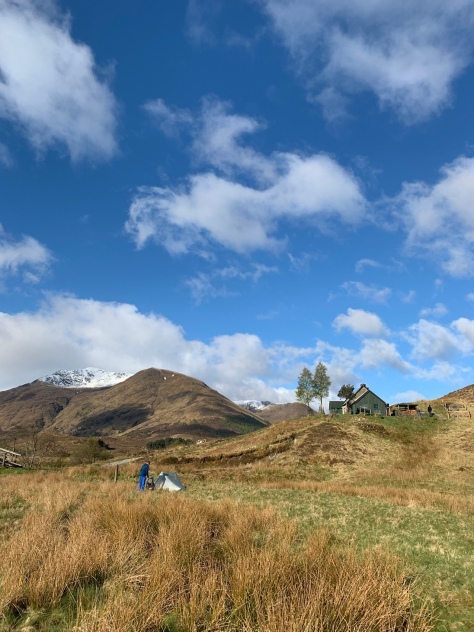 And the view in the opposite direction 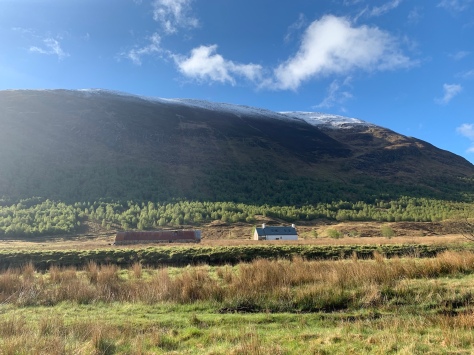 That’s Strawberry Cottage just over the river from us.

We left about 8.30. Neither Colin nor I were full of bounce.

The cottages are accessible by a track which we followed down the glen.

until we cross the river by a bridge and came to the main road down the glen. Here we decided to take the road rather than continue on the trail which left the road and headed up the side of the glen before contouring along above the road.

This decision was immediately rewarded by a bacon butty and a proper toilet, courtesy of the organizes of a triathlon. Here are the competitors leaving the start. 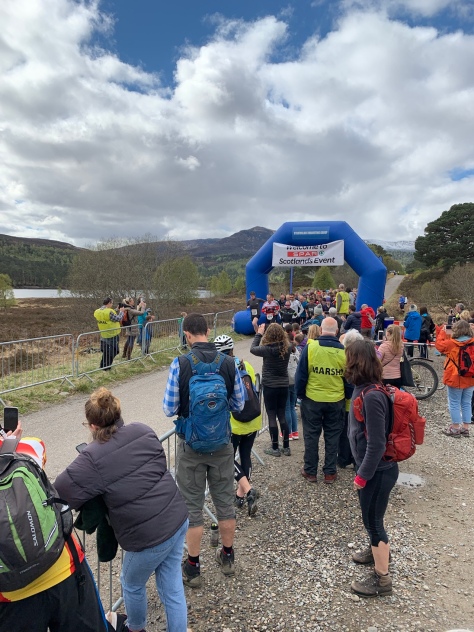 By now the day had clouded over and for the rest of the afternoon we had intermittent showers.

We eventually descended to the lower land at the end of the glen, and trudged wearily on through the petty spring day

We had a celebratory ice cream, found our campsite. Returned to the village for a pub supper and so to bed.

This is a google map of our route, sorry not very informative definitely not our times, we were dragging.