Woke to a mildy frosty but bright morning . Saved the worst to it by camping between some tall trees.

Left as usual about 8.30. Made our own breakfast as the cafe didn’t open until 9. The camp site was well appointed, with indoor cooking area, drying room, laundry room etc. Somebody had also donated a box of bananas, free for the taking. Supplemented our breakfasts well. A good scattering of fellow Challengers, our gregarious friend amongst them as he had another change of plan.

The hike started with 7k of road walking, the first half of which, after crossing the Africa 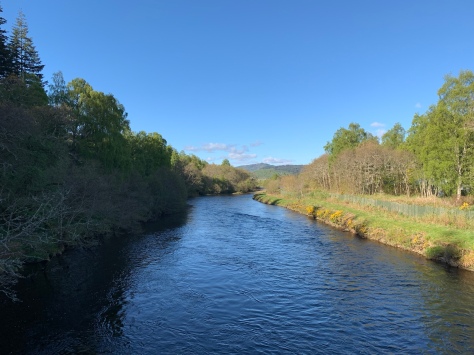 was uphill. Then open land 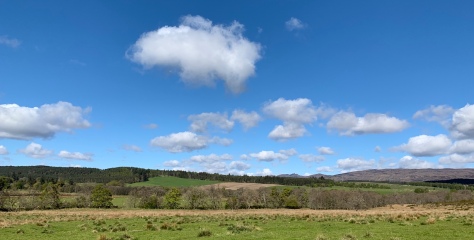 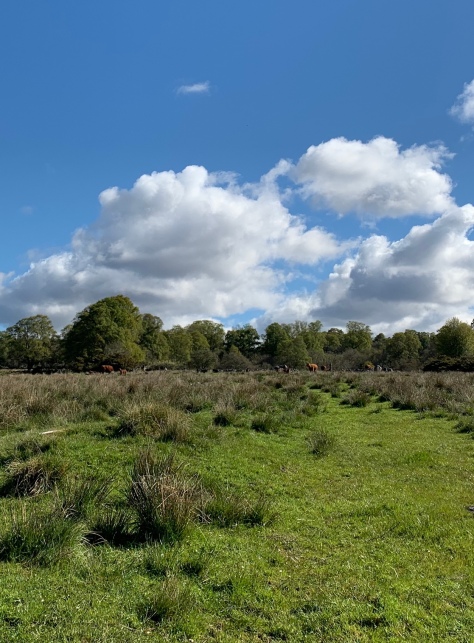 gradually down to the next river.

We were moving along quite well, definitely felt more energetic than yesterday, but still well short of full trail fitness.

Here we were meant to leave the road, cross the river and take to forestry tracks on the other side. However we were advised that the was forestry work going on an a detour was in place, said detour going a long way up and then back down again. After consulting our maps we decided to continue along the road to the next bridge and rejoin the track there, hopefully after the detour. We were successful. At least as far as that part of the diversions was concerned.

The next few k of the trail was very pleasant, relatively flat and a good surface passing thru a variety of forests, but mostly conifers with massive piles of moss at their bases.

Then, at a cros roads we found a bench and stopped for a cup of tea. It was about 1 when we left. Then started a very long upward slog which seemed to go on forever. But eventually this too passed. 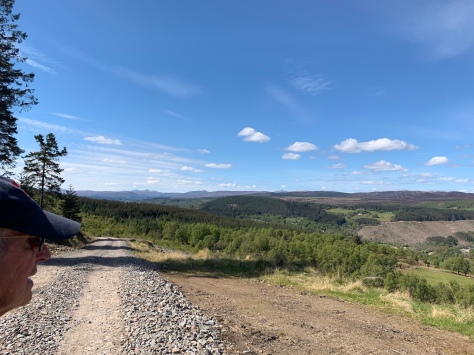 A look back from the top. If you look closely you can see snow covered peaks in the distance.

Then we started downhill but some ran into more forestry work, 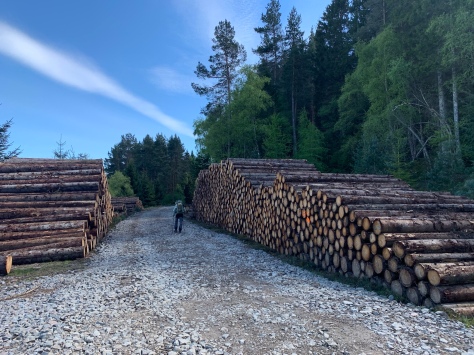 were diverted from our desired descent. After a very long detour we finally made it down to the lanes that led to Drumnadrochit.

And there is Loch Ness in the background.

In the village we stopped for a late lunch 3.30, and then found our hostel. Shower, laundry etc, then out for dinner, quite a light on on my part, but excellent food.

Now back in our room getting ready for an early start tomorrow. The 8.00 ferry across the loch, and its an hours walk to the ferry! 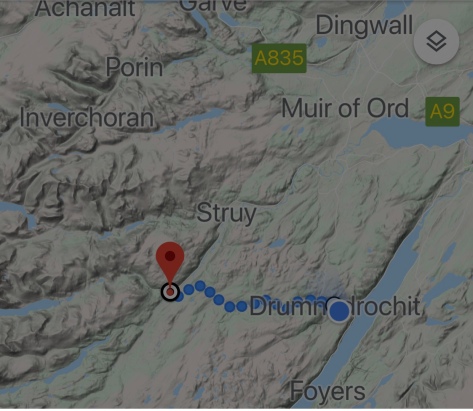